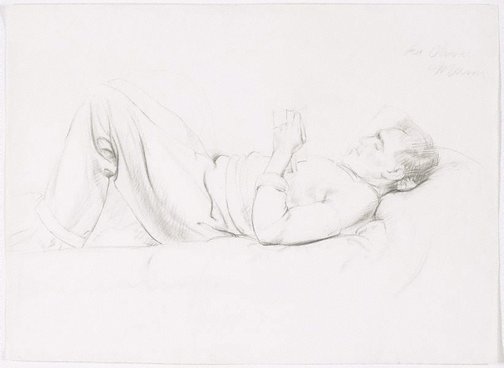 Basil Burdett (1897-1942) established the New Art Salon in Sydney (which became the Grosvenor Gallery) in 1921 and, with John Young, the Macquarie Galleries, in 1925. He was influential as a dealer in Sydney and later as art and drama critic for the Melbourne Herald (1931-1940), where he was an outspoken supporter of the modern movement. He is probably best remembered as the organizer of the Herald-backed 'Exhibition of French and British Contemporary Art', which toured to Australia in 1939 and proved to be a defining moment in the exhibition of modern art in Australia.

This portrait was formerly in the collection of Lloyd Rees, who was a good friend of Burdett.