John Coburn was one of the most successful and celebrated of modern Australian artists. Born in Queensland he studied, lived and taught in Sydney for most of his working life, establishing himself as a major artist since the early 1960s. Painter, printmaker and designer of tapestries he is perhaps best known for his simplified and stylized abstract paintings and screenprints, as well as tapestries designed and made at Aubusson, France. He was Head of the National Art School in the early 1970s and a trustee of the Gallery 1976-80. There are a number of books devoted to his work, including those by Allen Rozen 1980, Nadine Amadio 1988 and Lou Klepac 2005.

Browse other works by John Coburn 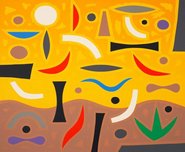 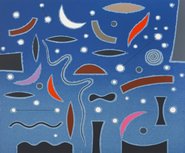