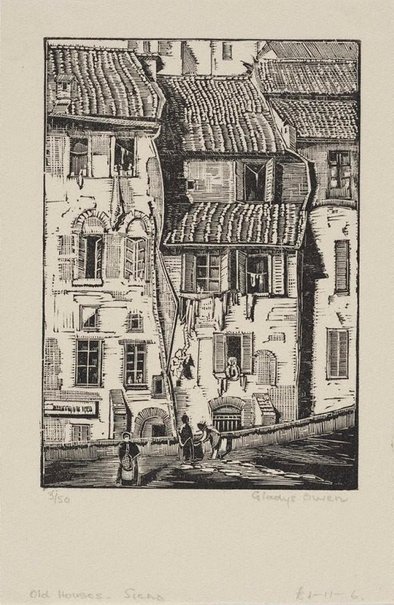 Gladys Owen studied relief printing with Thea Proctor in Sydney, and later, wood and copper engraving in London with Iain
MacNab at the Grosvenor School between 1926–30. Many of her prints date from that period, and on her return to Sydney in
1931, Owen joined the Australian Painter-Etchers’ Society, exhibiting prints of Italian and Australian subjects.

Owen described Renaissance Italy as her ‘spiritual home’ and she made a number of images, mostly architectural studies, of her
travels in Europe and Australia. While she was unsympathetic to modernism and mostly chose subjects that were romantically
nostalgic, her prints show a simplification of form that was modern in spirit.

Browse other works by Gladys Owen 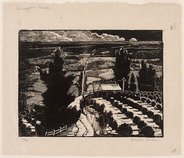