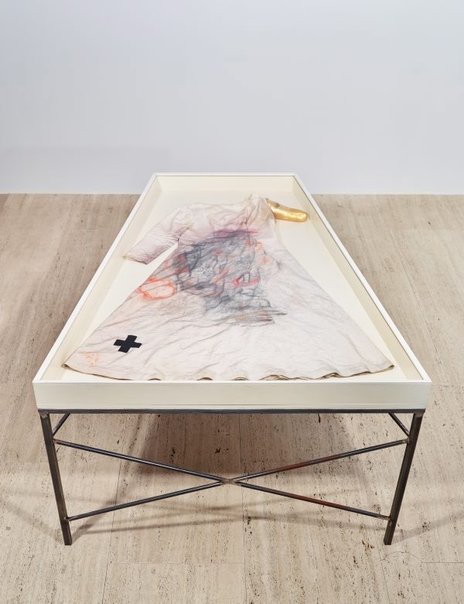 Starting at dawn on 9th May 2006 and lasting for 74 hours, Mike Parr performed 'AMERIKA, performance for as long as possible, 9-12 May 2006' near the Henry Moore sculpture outside the Gallery. Fasting and meditating for 24 hours a day, this vigil was a symbolic act of restitution offered to the Joseph Beuys tree. This fig tree was planted in 1984 on behalf of the great German artist Joseph Beuys as part of a project initiated in 'Documenta' 1979 to plant a thousand trees. Each of these trees was marked by a basalt column. In this case the column was accidentally removed thereby severing the tree from the Beuys project. In this performance Parr offered the guilded stump of his missing arm as an act of healing.

Parr dressed as a bride for this action acknowledged the suppressed feminine within every male while drawing on the alchemical ideas of Marcel Duchamp. His gilded stump provided another gesture towards Beuys who famously lectured a dead hare with his head covered in honey and gold leaf. In the photograph 'Best Man' Parr's bride holds the artist's dead male head in her hand while the stump of his/her arm sticks out like a reminder of the phallus further complicating this narrative of fragmented identity. In 'Primitive Gifts' Parr's bride holds a rockmelon with his features superimposed. 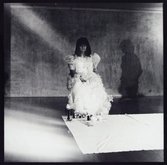 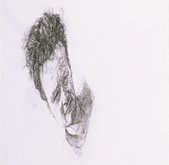