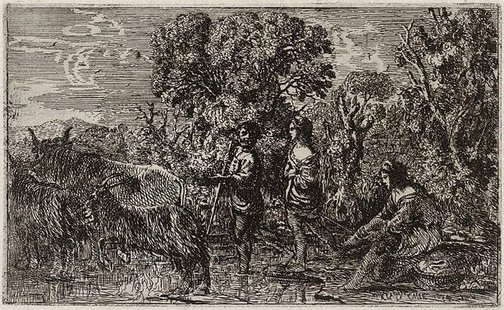 Claude began making prints early in his career, around 1630, but it is not known how he learned the technique. From 1640 to 1650 he stopped etching probably because of his many prestigious painting commissions. Although there were many printers in Rome where Claude resided, he never published any of his etchings officially. He seems to have printed them himself in his own etching press. Stylistically, his etchings lack tidiness and finish but they show great feeling for light and atmosphere.

Renée Free, Forest and field: from Claude to the Barbizon School, Sydney, 1995, 6. no catalogue numbers

Browse other works by Claude Lorrain