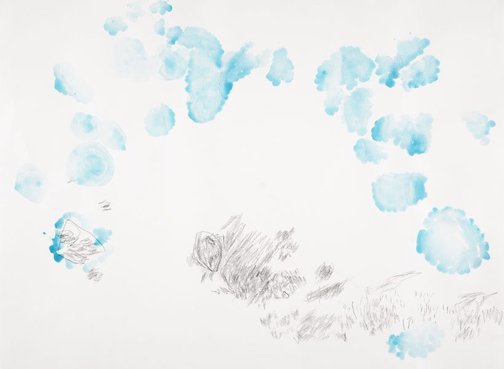 Mirdidingkingathi Juwarnda Sally Gabori is a senior Kaiadilt artist who was born on Bentinck Island in the Gulf of Carpentaria. Prior to the arrival of missionaries in the region, Gabori lived a traditional life acquiring the skills and knowledge of her people, including the arts of rolling bark string and making dilly bags and coolamons. She also played a vital role in maintaining the stone-walled fish traps on the shores of the island. In 1925 a mission was established on Mornington Island, and in 1948 the Kaiadilt were moved there due to massive flooding that impacted on Bentinck Island's water supply. Now living on the lands of the Lardil people, the Kaiadilt retained much of their culture, but the move had a deep impact and left an immense longing for home.

Gabori began painting in 2005 after materials were made available to her at the Mornington Island Arts and Crafts Centre, where she continues to work. She was introduced to the centre as a weaver. However, she soon began painting on canvas and, like many artists who come to painting late in life, her works demonstrate a confidence and energy derived from a lifetime of experiences distilled to their most potent visual form.

Dibirdibi is Gabori's husband's country, as she states, 'This is my husband's country on Bentinck Island. His country is next to mine. There are large saltpan areas in between Malbaa plains and iron stone ridges. Malbaa is the long grass that we pick and weave into string and rope to make bags and nets.'

pencil and watercolour on wove paper

Browse other works by Sally Gabori