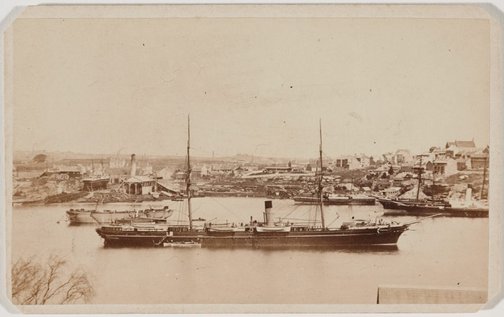 John Degotardi was a professional photographer, engraver and publisher. Born in Ljubljana, he grew up in Austria and worked in Germany and London before arriving in Australia in 1853. In Sydney, Degotardi had a successful printing and lithography business, and by 1866 advertised his services in photolithography and photography, producing panoramic views of Sydney and New South Wales. Examples of his printing and photographic work won medals at the Victorian Intercolonial Exhibition of 1873 and the Sydney International Exhibition of 1879.