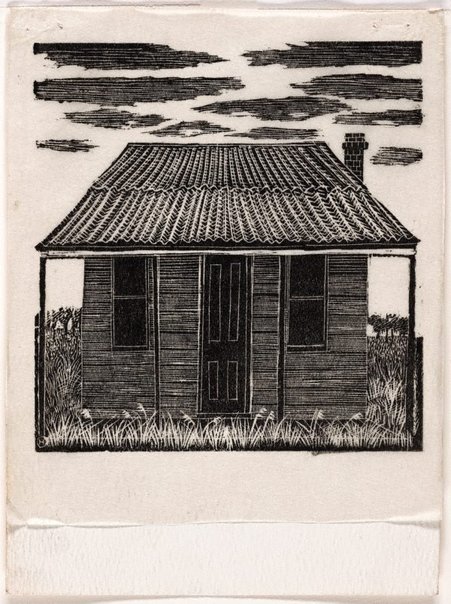 Helen Ogilvie studied painting and drawing at the National Gallery School in Melbourne from 1922-25. She taught herself to make colour linocuts from a book by Claude Flight, and likewise became interested in wood engraving through books, having seen reproductions of wood engravings by Thomas Bewick (who also inspired Lionel Lindsay), Edward Calvert and Eric Gill. She began to make them using improvised tools, blocks and materials, with some help from Eric Thake, leading to many commissions for bookplates and book illustrations, and was especially attracted to the sharp contrast of black and white in the prints. She favoured everyday subjects, such as her garden, animals and the bush, including bush architecture, as in this print.

'They had a peculiarity of their own in their colour… and in their design, if you can call it design. I think you can. And they weren’t going to last. They were vanishing. They were something that was here and they would go. And there was no replacement of them. I was very fond of them. They were nearly always the simple ones, but sometimes they had a little bit of addition to them to make them look different. And one can do a great deal with the light falling on them.' (The artist quoted in Helen Maxwell, Helen Ogilvie wood engravings, Canberra: Brindabella Press, 1995, n.p.)

This wood engraving was reproduced on the cover of a catalogue for an exhibition by the artist at Leveson Street Gallery, Melbourne (“Helen Ogilvie, Australian country buildings” 15-26 October 1967).

Gift of the estate of June Davies 2012

Browse other works by Helen Ogilvie 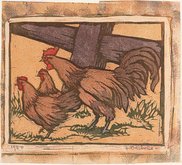 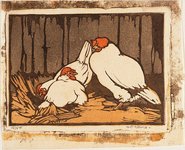 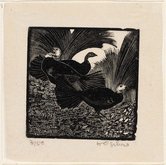 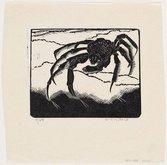 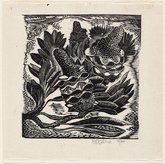