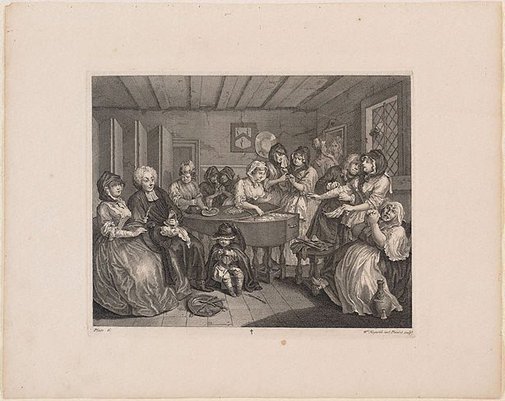 This plate shows a grotesque gathering of mourners around the harlot's coffin. The coffin plate tells us that Moll died on 2 September 1731 at the age of 23. The clergyman is preoccupied with his companion and uses his hat to conceal what his right hand is up to, thus spilling his drink. The undertaker makes advances to a prostitute by the window, and in the background a woman sheds tears over a cut finger.