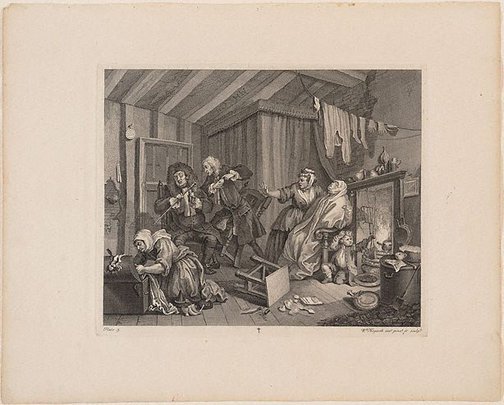 This plate depicts Moll's death. She dies attended by her servant, who tries to get the attention of the two doctors, Rock and Misaubin (well-known for their quack cures for venereal disease). However, they continue to quarrel over the efficacy of their pills while their patient draws her last breath.