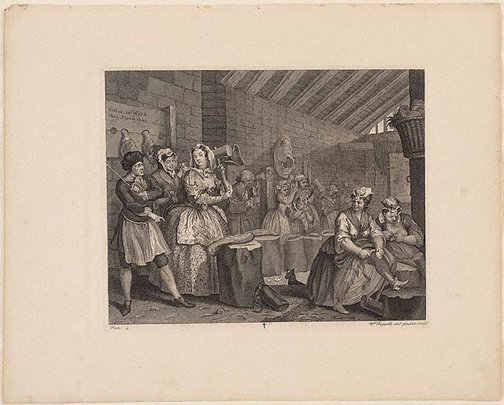 This plate depicts Moll inside Bridewell Prison, where she is forced under threat of dire punishment to beat hemp alongside the other inhabitants who are mostly prostitutes. The inmate next to her is a gambler, with one of his torn cards lying on the floor in front of him.