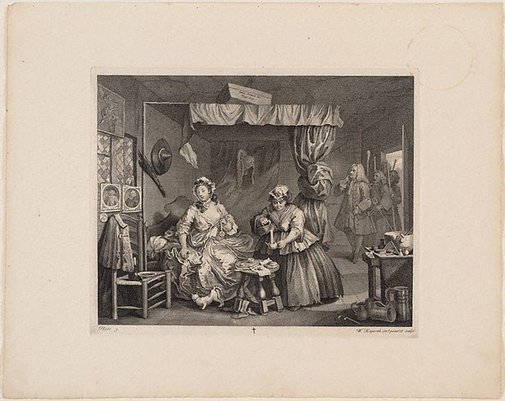 This plate shows Moll as a Covent Garden prostitute at her morning toilette. Instead of a black houseboy in a turban she is attended by a noseless servant, and her deceitful nature is suggested by the watch, presumably stolen from her lover the night before. Through the doorway arrives the magistrate Sir John Gonson, together with his bailiffs, who will shortly arrest her.The pin-up portraits beneath her window illustrate her false ideals: Captain Macheath of 'The Beggar’s Opera' and the dubious Tory divine, Dr Sacheveral.