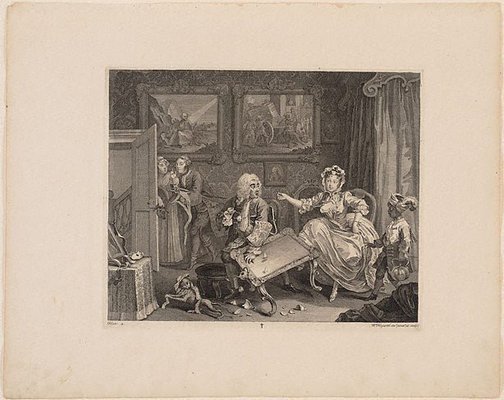 This plate shows Moll Hackabout installed as the mistress of a wealthy Jew. He has just returned home as Moll upsets the tea table in an attempt to divert his attention while her not quite dressed lover makes his exit. Her pretensions to wealth and gentility are shown by the keeping of a black houseboy and a pet monkey