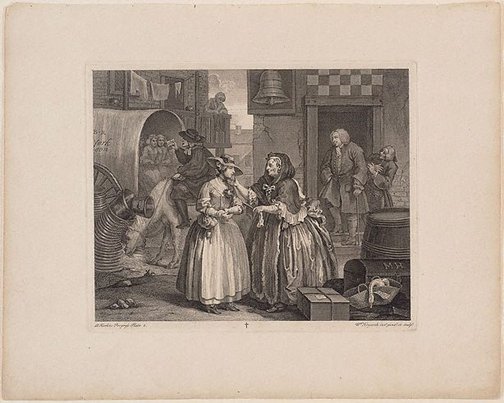 This plate shows a young country girl (Moll Hackabout) who has just alighted from the York stagecoach outside the Bell Inn in the City of London. She is appraised by a respectably dressed elderly woman. Contemporaries recognized her as the notorious bawd, Mother Needham, who ran a fashionable brothel. The man in the doorway of the inn is Colonel Charteris, a notorious seducer known as the 'rape-master of Great Britain'. The clergyman on horseback is oblivious both to the damage his horse is doing and the corruption of Moll's innocence.