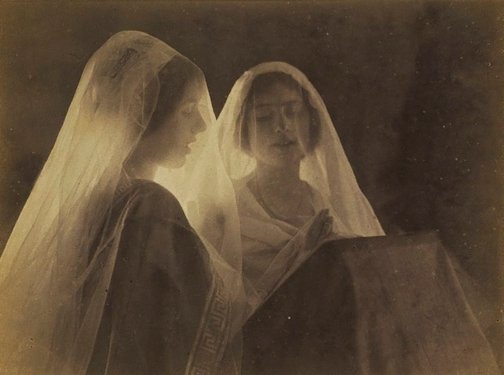 Along with Robert Demachy, Charles Emile Joachim Constant Puyo is considered the chief protagonist of French pictorialism. After retiring from the artillery corps of the French army (he is at times referred to as Commandant Puyo) he devoted himself to photography from 1902. He was co-founder of the Photo-Club of Paris in 1894 of which he remained an active member. Puyo was also instrumental in organising the club’s salon and was on the editing board of its journal ‘Revue de photographie’. He was keenly interested in investigating photographic techniques for pictorial means, such as the gum bichromate process and the varied effects which lens aberrations would have on softening images. His 1896 publication ‘Notes sur la photographie artistique’ which describes such methods is referred to as the ‘bible’ of pictorial photography.

Puyo’s style is strongly reminiscent of trends in symbolist painting which was dominant in France in the late 19th century when he began to practice photography. It was an ethos he remained committed to as evident in ‘Chant sacré’, where the impressionist affinities of the muted focus enhance the ethereal mood of the subject matter. Pivotal to this piece is Puyo’s strong command of backlighting which, projected through the diaphanous veils, creates an enigmatic image of these two sacred chanters which is evocative of their ancient music.