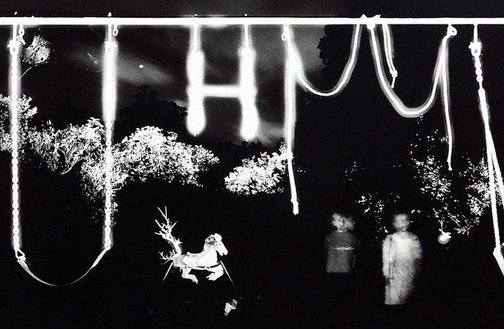 Trent Parke is first Australian to become an Associate Member of the renowned photographers' cooperative Magnum Photo Agency. He grew up in Newcastle, NSW and began his career as a press photographer. He has won many national and international awards, including five Gold Lenses from the International Olympic Committee, and World Press Photo Awards in 1999, 2000 and in 2005.

In 2003 Parke was awarded the prestigious international W. Eugene Smith Grant in Humanistic Photography for his series 'Minutes to midnight'.

In 'Minutes to midnight', Parke documented a two year journey around Australia, examining 'the current and changing state of the Australian nation'. Parke examines the disjuncture between the perception of the Australian 'way of life', with its nostalgia and romanticism, and the more complex reality. Parke has said: 'My black and white work has always tried to deal with the emotion of a place and time'. 'Minutes to midnight' is a series of dark intense images so called because Parke believes 'the fate of the world's largest island hangs in the balance'.

'Minutes to midnight' acknowledges a debt to Robert Frank's trip across America in the 1950s however Parkes view is, if anything, darker, and in many instances hallucinogenic. 'Backyard swing set, Qld' is typical of the darkness and the layering within the image which has become Parke's signature black and white style. The ghostly children and the rocking horse emerge from the dark undergrowth. They are framed by the glowing swing set and stormy sky. The innocence of children playing in the back yard is offset by Parke’s manipulation of the image which adds an ominous tone.

Browse other works by Trent Parke 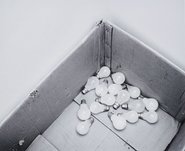 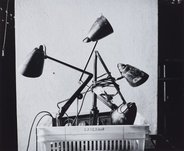 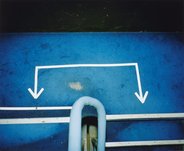 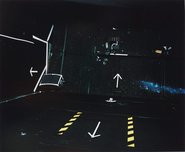 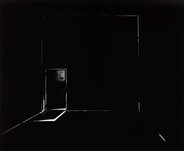