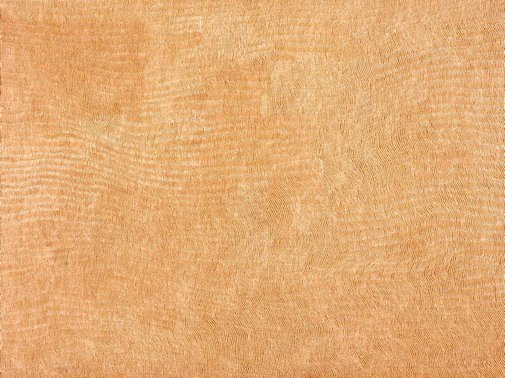 Yukultji Napangati came to Kiwirrkura, WA in 1984. Prior to this she had been living with eight members of her immediate family in an area of country to the west of Wilkinkarra (Lake Mackay). The group had remained in the Great Sandy Desert long after all other Pintupi families had moved to the government settlements of Ikuntji (Haasts Bluff), Papunya and Wirrimanu (Balgo). Her parents were Nanu Nangala and Lanti (Joshua). Lanti had spent some time in Wirrimanu but the remainder of the group had had virtually no contact with non-Aboriginal people. It was estimated that at the time she came in she was 14 years old. In 1999 Yukultji contributed to the Kiwirrkura women's painting as part of the Western Desert Dialysis Appeal, and in 2005 she was selected as one of nine artists to exhibit in Primavera at the Museum of Contemporary Art, Sydney.

The Papunya Tula Artists documentation for this work states:
"This painting depicts designs associated with the rockhole site of Marrapinti, situated in a creek, west of the Pollock Hills in Western Australia. While the women were at the site they also dug for yala (bush potato), which are the edible tubers of the vine-like shrub Ipomoea costata."