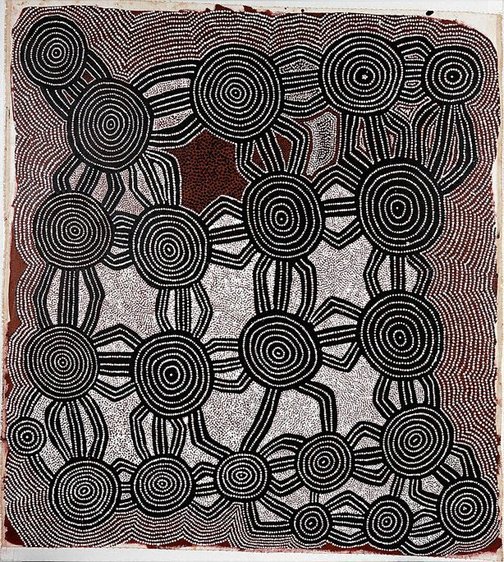 Fred Ward Tjungurrayi was born at Purkitjarra (east of Kiwirrkura) and came in to Warburton in the 1960s. In August 1987 he returned to Kiwirrkura and began painting for Papunya Tula Artists. His first exhibition was held late in 1987 and in 1989 he won the Northern Territory Art Award. After spending some time at Patjarr and Karilwara between 1992 and 1994, Tjungurrayi returned to Warburton where he now lives with his wife and family. He currently paints for KayiIi Artists in Patjarr, the arts centre established in September 2004.