‘Houndstooth (horizontals)’ is part of a group of works painted by Sydney-based artist Debra Dawes in 1991 and shown at the Mori Gallery in Sydney. The 'Houndstooth' series consists of 15 paintings in four parts: squares, small verticals, large verticals and horizontals. The titles suggest that for Dawes, abstraction is a neutral language, informed only by purely painterly concerns. This is not the case.

Dawes turned to abstraction in the mid 1980s, absorbing the lessons of minimal art and its pioneer practitioners, particularly Piet Mondrian. Her first mature paintings used complex, intricately woven stripes and grids to create shimmering optical patterns in subdued colours. In her 'Houndstooth' paintings, Dawes simplified composition to an essence, restricting her palette and reducing the grid of earlier works to basic, oppositional elements in composition and format. In the series Dawes progressively tests the viability of abstraction to convey a meaningful aesthetic with increasingly limited means.

'Houndstooth' (like 'Gingham', the title of a series Dawes exhibited in 1995) refers to a type of fabric. Houndstooth is a check pattern with alternate coloured threads reversed so that one thread overlays the other to produce a notched or serrated edge. Each of the five canvases in ‘Houndstooth (horizontals)’ is divided into dark or light zones in a ratio of 1:3, the proportions of the golden mean. The blocks alternate across the five paintings in a castellated array in sympathy with the title of the series. The sections of black, indigo, cream and white here refer equally to the grids of previous works, as if enlarged to detail while also alluding to the warp and weft of domestic fabrics and of the canvas itself. The heroic oppositions in the composition of each painting are echoed in the intervals between canvases. As the viewer scans across the panels, this combination of edges, borders and alternating dark and light areas creates a dynamic and an appreciation of an unfolding pattern.

Dawes orchestrates a slow rhythm through the work, achieving a balance that is satisfying and monumental. Her format has something of the serial installation derived from minimal art, yet she avoids the feeling of anonymous geometry through the references in the title and the sensuous immediacy of the painted surface. She has added wax to the paint to give it body and a creamier consistency. Aware of the physicality of the surface and ‘objectness’ of the work, Dawes is also conscious of her work as part of a broad postmodern enterprise, both as a way of claiming personal territory and extending the references of art.

oil and wax on canvas, 5 panels

Browse other works by Debra Dawes 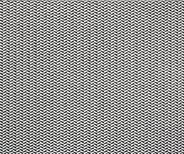