Figure of a boar 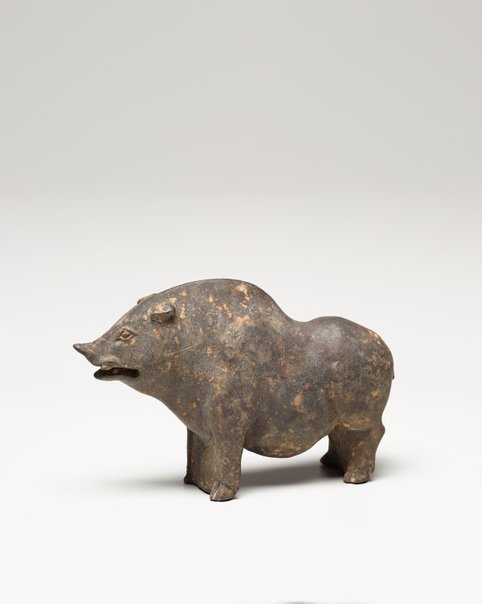 Wei was one of the more important kingdoms of the long period between Han and Tang. Referred to as one of the Six Dynasties, this time was characterised by strife, civil disorders, and barbarian invasions. Various kingdoms arose and fell and state boundaries were constantly being altered and redefined. Founded in 386 in the northern corner of Shanxi province by a Turkic tribe, by the mid-5th century most of North China was united under the banner of Wei.

The majority of extant non-Buddhist objects of the Six Dynasties are mortuary objects such as this figure.

Figure of a boar