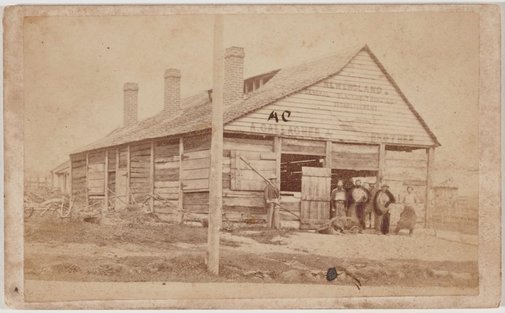 Andrew Cunningham was a painter, decorator and professional photographer. Born in Scotland, he was in Armidale, New South Wales by 1856 and by 1857 was advertising his services in painting, ornamental work and paper-hanging. He was working as Armidale’s resident photographer by 1859 and in 1870 claimed to have taken the only photograph of the body of bushranger Captain Thunderbolt (Fred Ward) when he was shot by an off duty policeman at nearby Uralla. Cunningham produced portraits and views of the Armidale area, often in carte de visite form.