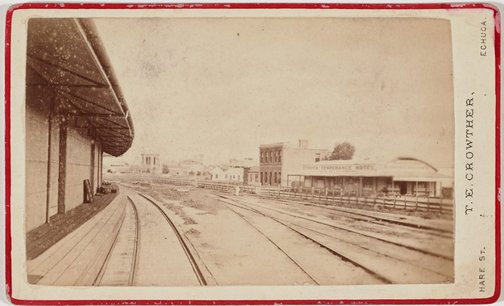 Thomas Crowther was a professional photographer based in rural New South Wales. He worked in Echuca and Deniliquin from the 1860s to the 1890s and Berrigan after 1890.