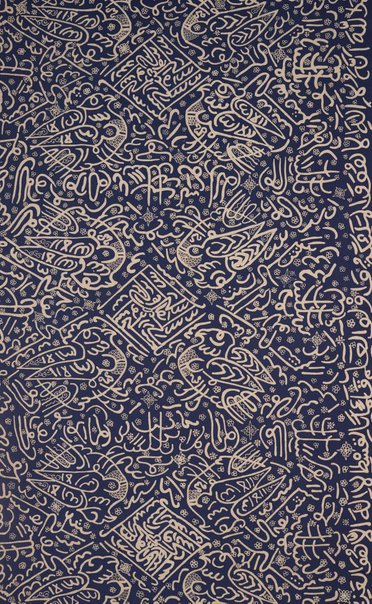 Large calligraphic batiks known as 'kerudung' (literally, 'shroud') function as covers for coffins during funerary rituals, as well as ceremonial hangings and banners. Men wear smaller examples wrapped around the head or draped over the shoulders.

Muslims believe that the written word is God's word and therefore calligraphy is considered one of the highest art forms. It decorates and enhances an object's significance. It also confers protection. A predominant motif on this cloth is calligraphy in the form of birds arranged around lozenges. The stylised inscriptions along the edge of the cloth are from the Qur'an and read 'There is no God, but God.'