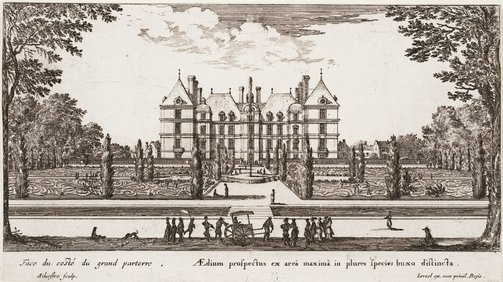 Silvestre was one of the printmakers in France who followed the etching method of Jacques Callot and Abraham Bosse. Like them, he employed a vocabulary of lines and marks that pertained to engraving. Primarily a topographical etcher, Silvestre was commissioned by Louis XIV to document the towns, palaces and monuments of the expanded royal domain. Callot's influence is especially evident in the small gesticulating figures which give scale and animation to the compositions.

Browse other works by Israel Silvestre

Israel SilvestreThe Church of St Martin in the fields272.1979

Israel SilvestreView of the abbey of Clairvaux, Burgundy289.1979
View all
35 works