Vase with design of phoenix and paulownia 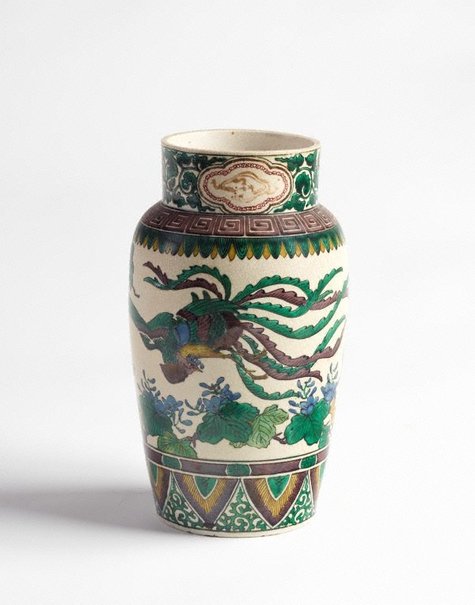 Yoshidaya (1824-31) is one of the early 19th century Kutani kilns, which aimed at reviving the Ko-Kutani ware that was believed to have been produced in the region in the 17th century. New scholarship has established that most of the so-called Ko-Kutani ware was in fact made in Arita in Kyûshû. Of the four major 'revived Kutani' schools, Yoshidaya kiln produced overglaze-enamel wares called 'aode' ('blue type'), in which blue, green and brown colours dominate the design.

stoneware with overglaze enamel and gold

Kutani ware
Vase with design of phoenix and paulownia

Browse other works by Kutani ware 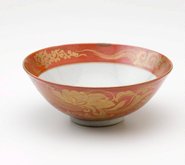