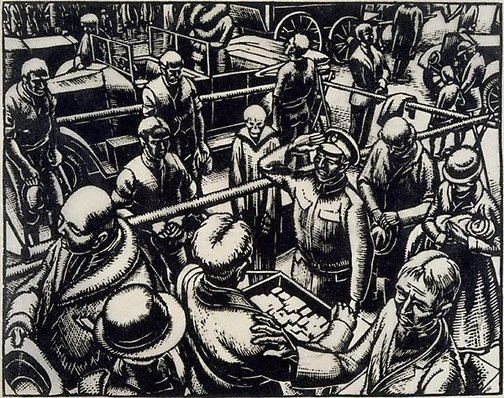 Upon marrying in 1923, Hawkins and his wife Irene Villiers left to live in France, Italy and Spain. They returned briefly to England, then moved to Malta in 1927 for three and a half years, where this print was made. It was also in Malta from about 1927 that Hawkins began to use the nom de plume 'Raokin', derived from the mispronunciation of his name there.

'The two minutes silence' is printed on very fine tissue, and is signed and inscribed on both sides, suggesting that the artist intended it to be viewed from both sides. His experiences of the First World War had left him a committed pacifist, vocally opposed to war.