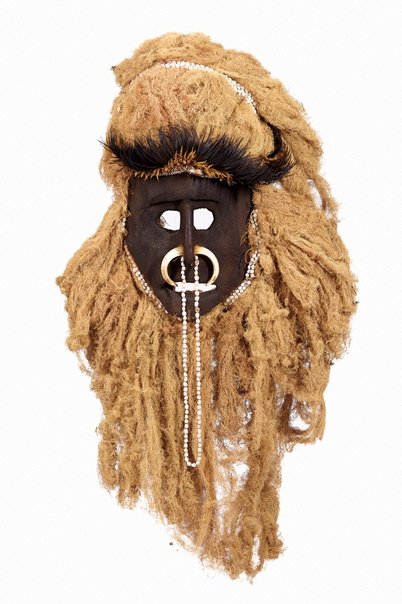 The Fore people of the eastern highlands became well known through the research of Dr Carleton Gajdusek in the 1950s. Dr Gajdusek connected the fatal neurological disease known as 'kuru' to the past practice of funerary cannibalism.

Sorcery and the threat of war was once part of daily life for the Fore. Ancestor spirits, ghosts of the recently deceased and nature spirits were all part of a complex body of beliefs that emphasised fecundity, strength and mutual collaboration. With the introduction of Christianity during the 1950s, the Fore surrendered many traditional ceremonial practices.

When Stan Moriarty visited Ofafina village in North Fore territory in 1969 he witnessed dances which incorporated human skulls into masks covering the face. Christian missionaries banned the use of skulls, which were replaced by carved wooden masks.

© Fore people, under the endorsement of the Pacific Islands Museums Association's (PIMA) Code of Ethics