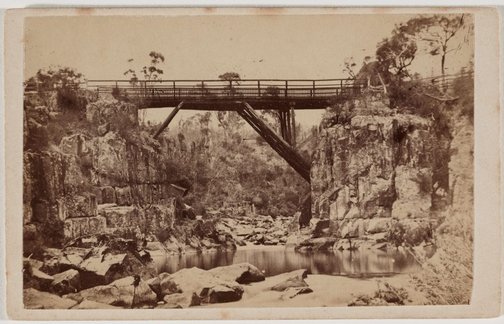 William Cawston was a professional photographer, gilder and framer. He was transported to Australia on a seven-year sentence in 1845 and in 1856 opened a business in Launceston, Tasmania, as a picture frame maker. By 1862 he had a photographic studio, which continued to operate in Launceston until 1888, when it became Cawston & Sons. Cawston continued to work as a studio photographer until 1891, producing portraits and views of Launceston.