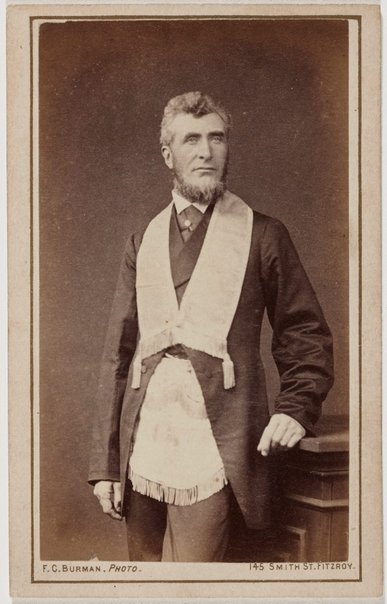 Arthur W Burman was the son of Melbourne photographer William Insull Burman. In the 1870s he worked for the Paterson Brothers, in whose studio he photographed the Chinese giant Chonkwicsee, a rival of Chang Woo Gow, another unusually tall gentleman. In 1880, as a photographer for the Victorian Government, he joined a special train of troopers and members of the press to photograph the capture of the bushranging Kelly Gang at Glenrowan. On 29 June 1880 Burman was captured photographing the body of outlaw Joe Byrne in a now iconic photograph by J W Lindt. Burman’s younger brother, Frederick Charles, was also a professional photographer with several successful studios in Melbourne between 1860 and 1900.