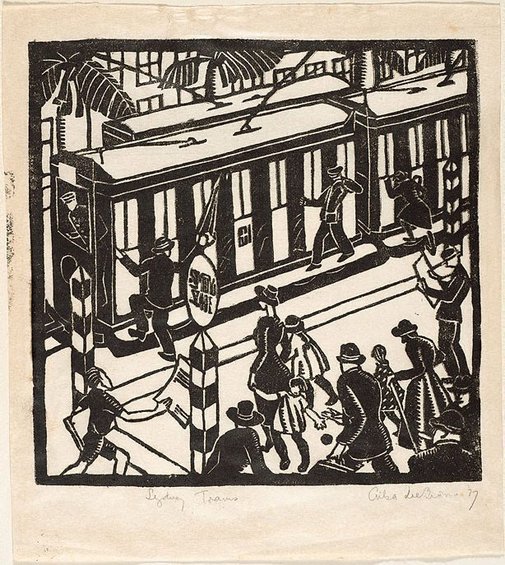 Ailsa Lee Brown (known as Ailsa Allen from 1935) was born in Sydney and studied art at the Julian Ashton Sydney Art School with Thea Proctor and Adelaide Perry. Unlike many of her peers whose works emulated the styles of these teachers, Brown developed her own particular imagery in prints that expressed an emphasis on design, surface patterning and stylisation distinctive to Sydney modernism during this period.

She was one of only a few of these students to continue to make prints after leaving art school, and exhibited them regularly (with the Society of Artists). They were reproduced in 'Undergrowth', 'Art in Australia' and 'Manuscripts'.

Apart from a period in San Francisco before she studied art (she was there in 1922), and two years living in Brisbane between 1935-36, Lee Brown lived and worked in Sydney until her premature death in 1943. There are three other known Sydney subjects by Allen - 'Woolloomooloo' 1928, 'Pittwater' 1937 (NGA) and 'Moths around the quay' 1932 (National Trust of NSW).

Purchased with funds provided by the Australian Prints, Drawings and Watercolours Benefactors' Fund 2004