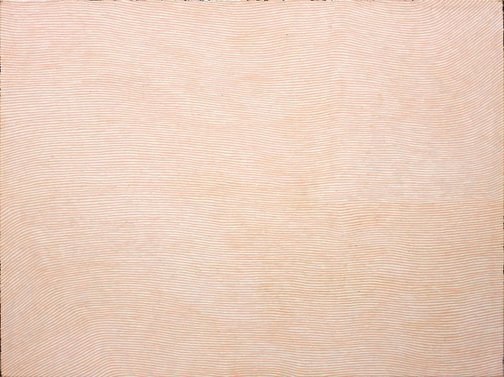 This work was highly commended in the Wynne Prize 2003 and acquired by the Gallery in 2016.
George Tjungurrayi was born in the vicinity of Kiwirrkura c. 1945 and came in from the desert by way of Mount Doreen and Yuendumu. In 1962 he accompanied Jeremy Long on a patrol out into the Western Desert. He began painting at west camp in Papunya, NT around 1976 and has since worked at Yayayi, Mount Liebig and Walungurru (Kintore).

Browse other works by George Tjungurrayi