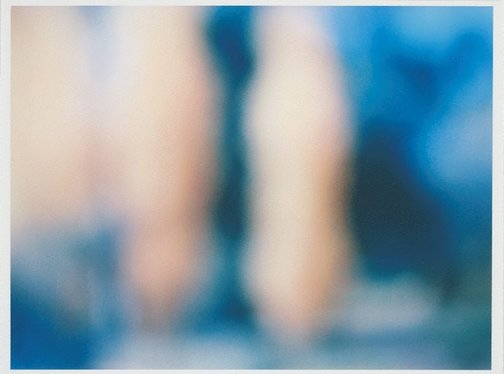 Patrick Pound is a New Zealand-born Australian artist, based in Melbourne since 1989. He works predominantly with photography, often employing non-professional equipment and techniques to explore the role image-making and consumption plays in everyday life, subtly questioning the connection between the ubiquity of photography and the production of rarefied objects in art. Pound uses a lot of found imagery in his work, which is the case in the proposed works, ‘Soft ~ a real model world’.

These two photographs are ‘details’ from a large-scale installation ‘Soft wall’ (2004) which entailed approximately 200 images arranged in a vast grid. The photographs were taken with a low end amateur point-and-shoot digital camera held very close to found images so that the lens could not focus clearly. The resultant works are blurry and largely indecipherable suggestions or allusions to the idea of a picture. This indefinite and pervasive blurriness plays on our desire to find clear meaning or content in what we see. The found images utilised by Pound come from newspapers so there is a sense that the pictures came to him rather than he going out into the world to find and take them. Consequently, the photographs (all of which were made on a domestic printer) reveal a non-descript, amorphous surface that reinforces the theme of ‘model worlds’ that the artist evokes in the series’ title.

‘Soft wall’ shows us a ‘constructed world’ that is never knowable and always mediated via pre-fabricated apparatuses like another photographer’s lens, a newspaper editorial, an art exhibition. As writer Anthony Tromp describes, ‘Here is a flood of documentation, of mediated images each of which refers to the others with reality pooling just beneath the surface like a palimpsest.’[i] Pound’s near-obsessive accumulation of images, some of which become artworks, others not, is further testament to his interest in deciphering the indecipherable, not to make it more visible but precisely to acknowledge its opacity.

[i] From the ‘Soft ~ a real model world’ exhibition catalogue, GrantPirrie 2004 (Anthony Tromp is a pseudonym of the artist).

Browse other works by Patrick Pound 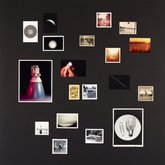