The reward of cruelty, from the series The four stages of cruelty 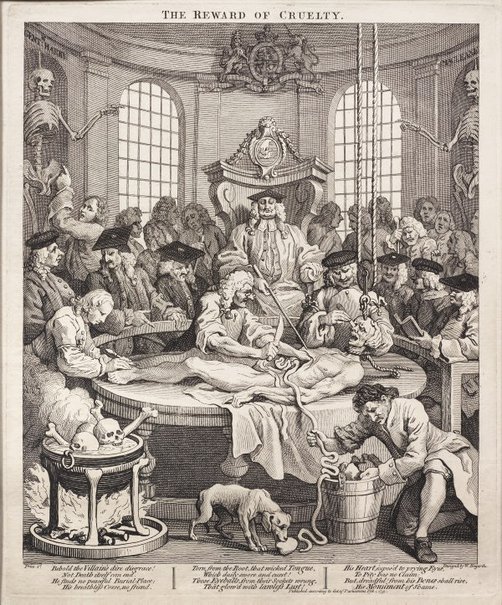 'The reward of cruelty' takes place in the Cutlerian theatre of the Royal College of Physicians. Nero is dissected as an executed criminal. The chief surgeon sits in the centre in an elevated chair bearing the arms of the Royal College of Physicians, with the Royal arms above. On either side in the niches are skeletons labelled ‘GENTN: HARRY’ and ‘MACLEANE’ after two recently hanged criminals.

William Hogarth
The reward of cruelty