Cruelty in perfection, from the series The four stages of cruelty 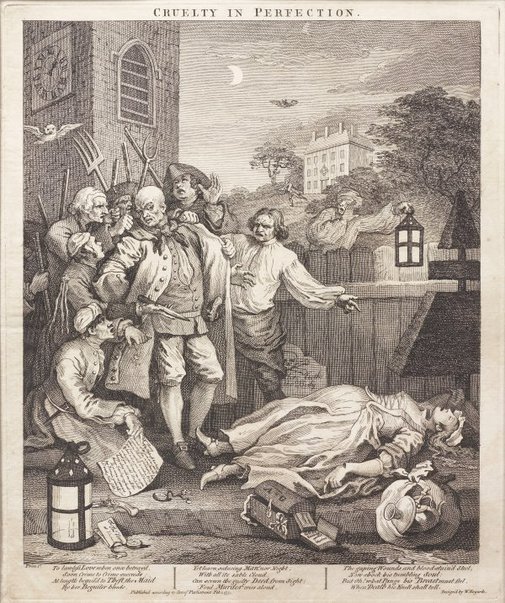 'Cruelty in perfection' shows a churchyard at night, where Tom Nero has been arrested for murder as the body of his lover Ann Gill lies on the ground, her throat slit, amid a bundle of plate she stole from mistress at Nero's request.