The second stage of cruelty, from the series The four stages of cruelty 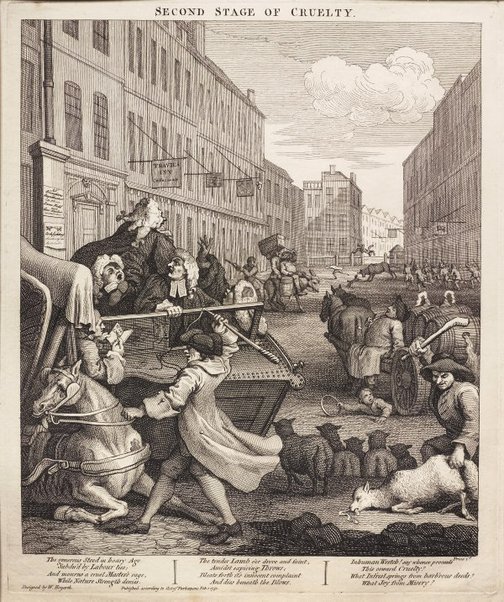 'Second stage of cruelty' is set outside Thavies Inn, Holborn; in the foreground, a coach has overturned and four lawyers scramble out while Tom Nero, the coachman, beats the injured horse; other cruel and careless incidents take place beyond, and on the wall are broadsides advertising cruel or violent popular entertainments such as cockfighting and boxing.