The first stage of cruelty, from the series The four stages of cruelty 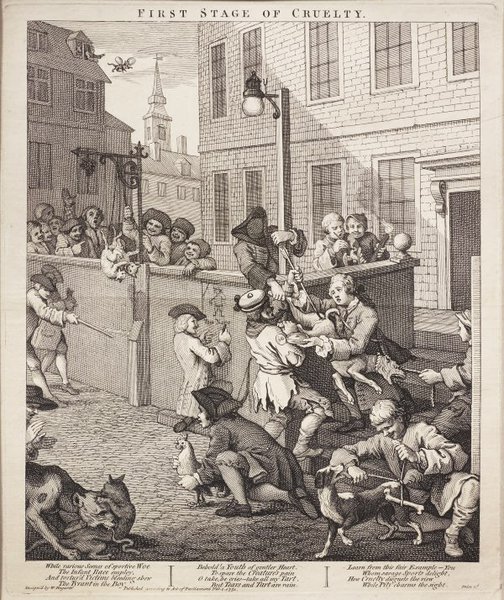 'First stage of cruelty' shows a street in London with young boys inflicting various forms of cruelty upon animals; in the centre, a boy (Tom Nero), identifiable by the badge on his shoulder as a pupil of St. Giles's Parish School, thrusts an arrow into a dog's anus. Another youth, better dressed, offers Nero a tart as an incentive to stop his abusive behaviour.