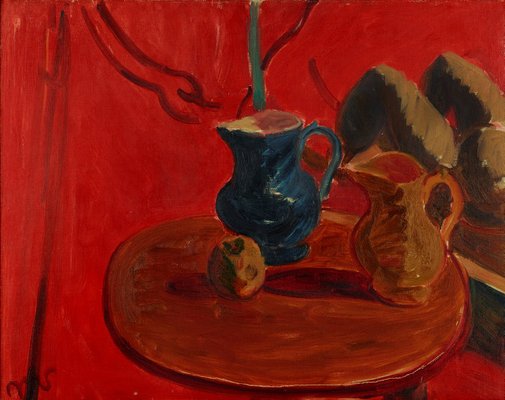 'Jugs against vermillion background' and 'Still life arrangement I' [AGNSW collection] were both painted in Aix-en-Provence, in the south of France, where Matthew Smith lived between the years 1936-40. When looking at Smith's still lifes of this period many of the objects he used, such as the round table, the jugs, and the clay figure appear repeatedly. In Smith's 1947 Tooth's exhibition 'Paintings by Matthew Smith of the years 1938-40', eighteen of the twenty three works exhibited were still lifes; six with the same title 'Still life with clay figure'.