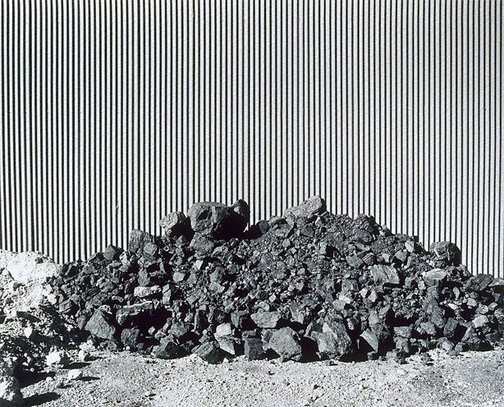 Grant Mudford studied architecture before turning to commercial photography in the mid 1960s. A career in art photography was established with his success in the USA in the late 1970s. Mudford's photography fragments the built environment, producing abstracted images. His work is formal in aspect, with an emphasis on texture, line and shape. Concerned largely with buildings that are not classically architectural, he enjoys "giving those structures another life in the form of a photograph, a refined dignity and presence". This photograph is part of the CSR Photography Project and was taken by Mudford at the Port Waratah installation in the Hunter Valley in 1981. They range from typical - characteristically flattened images that emphasis texture by obscuring the whole to less typical examples, with some using a dramatic tonality that fades in the distance to create depth, giving the industrial landscape an ethereal quality.