The map of Atlantis 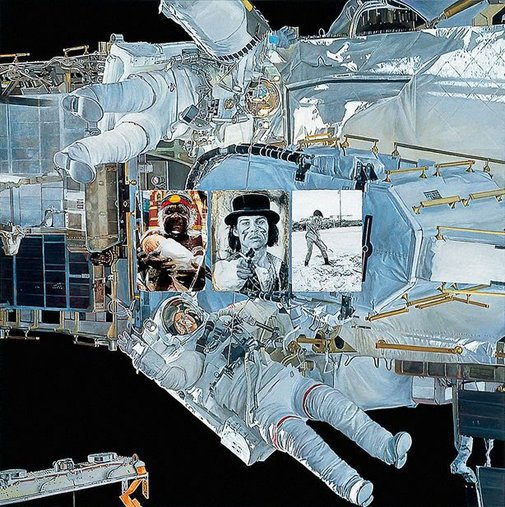 In 1989 Lyndell Brown & Charles Green began to work together in a lifetime collaboration. Both artists were painters before turning to photographic montage in order to better express their ideas about contemporary art practice and the nature of memory. After some years of experimentation they have settled on using all their skills as a base from which to work in order to utilise the effects of photography to its fullest.

The artists describe their work as 'ghostly spirit-photographs'. It is as though the various chemical processes used allow for a slippage and leakage as one image in the montage flows into the other – rather as one might wake slowly from a brilliant dream into bright sunlight. Their art has an archaic quality because there is no irony in the use of images from disparate sources. The endlessness and disorder of the archives from which they draw results in work which is constantly charged with the pleasures of discovery and rediscovery.

‘The map of Atlantis’ brings together the artists' many and various concerns in one jewel-like image.1 Nothing is what it seems yet the conjunctions between images are highly evocative: the power and danger of exploration; ideas to do with reconciliation and renewal; the conundrums of life and death in an American western movie; and Robert Smithson’s theories of entropy and exhaustion.

Lyndell Brown wrote in 2003 that 'we all hold memories of fate and arcadia in our heads without the aid of ancient mnemonic systems'.2 ’The map of Atlantis’ makes manifest the desire to examine these memories and make them tangible (though never fixed) through the power of the photograph.

Charles Green + Lyndell Brown acknowledge photographer Melanie Russell's Man and baby 2003, which provided the inspiration for a section of the painted source of The map of Atlantis

Browse other works by Charles Green 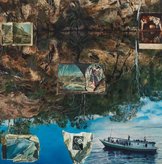 Browse other works by Lyndell Brown