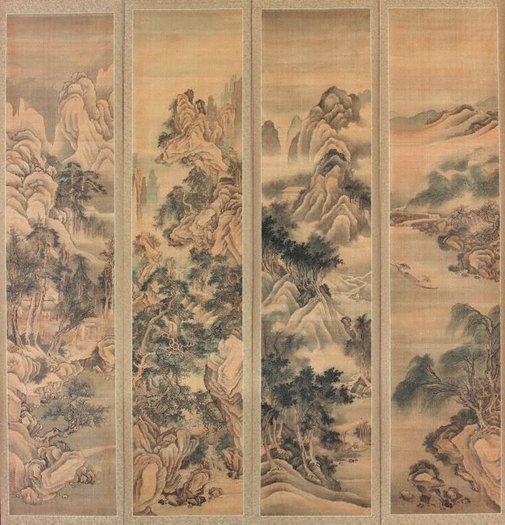 Fang Cong, alias Huangshan, was a native of Zhejiang province. Although details of his life are sketchy, much of his activities as a court painter were recorded in the Qing court archives.

Chinese scholar Yang Boda has studied the Qing Imperial Academy of Painting, and divided its development in Qianlong's reign into two periods. According to him, Fang Cong entered the Qing court during the first period (1st year to 30th year of Qianlong, 1736-1766), along with Zhang Zongchang (1686-1756), Ding Guanpeng and others. They worked together with other renowned court artists such as Lang Shining or Giuseppe Castiglione (1688-1768), Dong Bangda (1699-1769) and others, formalising the classicist approach of early Qing. During the second period of Qianlong's Imperial Academy of Painting (30th year to 60th year of Qianlong, 1766-1795) and after the death of Lang Shining, Jing Tingbiao, Ding Guanpeng, and others, however, Fang Cong became one of the leading artists. Some of his paintings were admired by Emperor Qianlong, and bore his inscriptions.

This set of four hanging scrolls depicts scenery of the four seasons. The expression of the joy of the seasons and the extolling of nature is a very popular theme in Chinese literature and art, and has been a special genre in painting from early times. In style, the artist followed the predominant professional tradition of the early Qing period. His method of building the picture slowly, stroke on stroke and wash on wash, as well as his choice of a conventional theme, all echo the quiet taste of the Qing orthodox school. The rich diversity of Chinese painting is reflected in the long period of antagonism and cooperation between the two great movements of orthodoxy and individualism.