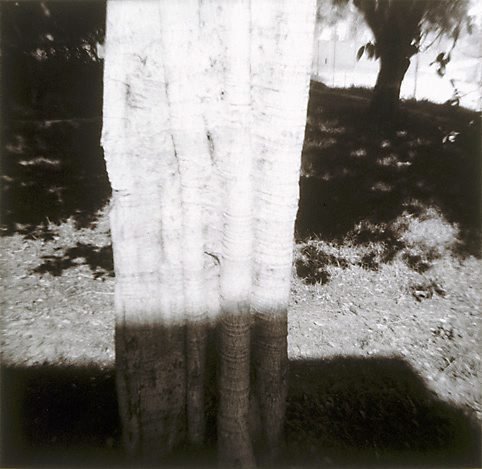 Australian photographer Christine Cornish is concerned with the camera’s ability to redefine and reorient our perception of objects and space. While this conceptual preoccupation informed her interest in the still life genre and symbolic formalism from the late 1980s onwards, it is also present in her earlier work. Like the constructed scenes that feature in Cornish’s later work, where objects are masked and buried in the shallow space of the image, the subjects of these black and white photographs taken in the late 1970s and early 1980s also retreat from the viewer’s gaze. Whether it is the dense expanse of mangroves in 'Untitled (swamp)' or the intersecting mass of foliage in Untitled (maple) Cornish deliberately obscures the legibility of the scene.

In other images Cornish uses the camera to document absence.' Untitled (pedestal)' and 'Untitled (plaque)' depict objects and sites that are associated with rituals of remembrance. The stone pedestal, however, has been left bare and the commemorative plaque lies smashed on the ground. In these images the memorial has become a ruin. A similar melancholic sentiment is present in 'Untitled (bird statue)'; the statue of a cherub clinging to the neck of a swan becomes a tragic image set amidst a sea of dead lotus leaves. Cornish’s interest in the ruin and the memorial continued into her still life work and her investigation of the symbolic status of funereal objects.

This photograph was taken with a Diana camera. The plastic lens on this model gives the photograph a soft focus and loss of detail. The shallow depth of field heightens the spatial ambiguity of the scene. 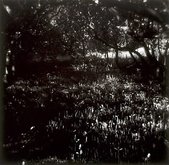 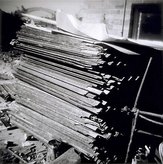 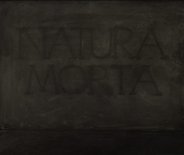 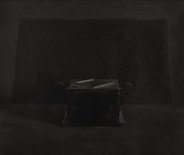 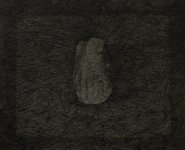 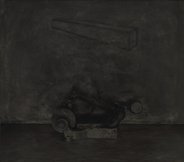