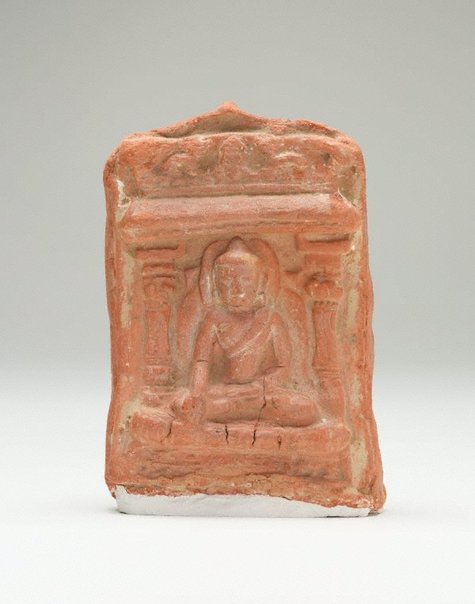 Buddhism reached China about the first century BCE from India where it had developed during the fourth and third centuries BCE. The Chinese received the teachings of the two main schools of Buddhism, Mahayana and Hinayana, although eventually it was Mahayana that dominated the Far East while Hinayana became the stronger influence through Southeast Asia. Buddhism spread slowly through China, along the main routes of internal trade and communication. Buddhism had to be "translated" into terms the Chinese could understand because of the huge cultural gulf between the Indian religion and Chinese thinking. It was not until the end of the Han dynasty (206BCE - 220CE) that Buddhism began to gain influence. During the period after Han when China was divided into North and South, Buddhism strengthened albeit differently as it adapted itself to the two different evolving cultures of north and south. In the north it commended itself to the foreign conquerors because it was an alien, non-Chinese religion; in the south it adjusted to both elite and popular needs. When China again became unified under the Sui (581-618) and Tang (618-906) dynasties, Buddhism was seen as an instrument for unifying north and south and was widely supported by the authorities.

This is an ornamental wall-tile from Gansu Province with moulded relief decoration. A smaller but comparable piece in the Malcolm MacDonald collection is covered with white slip with traces of unfired black and green pigments, indicating that this piece may have been painted also. The figure on the brick is a Buddha as evident by his aureole, the ushnisha and his seated position with hand extended. The Buddha sits within his own ornately decorated niche. The tile no doubt was part of a whole wall comparable in design to known cave paintings of the period.