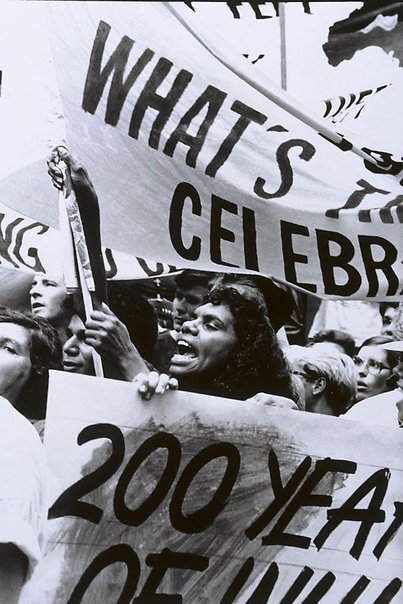 This photograph was taken as part of the bicentennial project and exhibition 'After 200 Years'. At the time there were many debates about the depiction of Indigenous Australians and their cultures. Concerned how they might be portrayed, many communities were reluctant to participate in a project organised and funded by the Bicentennial Authority.

The result was a departure from normal documentary photography. Each of the 20 communities taking part in the project worked with photographers in a collaborative process that gave the communities the opportunity to control the subject matter of the photographs, and ultimately the representation of themselves and their culture to the public.