we love rain you know 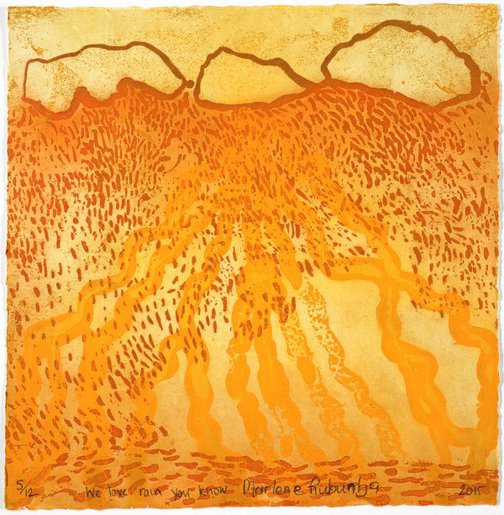 Marlene Rubuntja is one of the printmakers working through Yarrenyty Arltere Artists. Rubuntja was born in Mparntwe (Alice Springs), but grew up at Amoonguna comunity to its east. Her father is the famed artist and activist Wenton Rubuntja who led the campaign for the rights of his people to settle in hte town camps of Alice Springs. Indeen Rubuntja's family, along with the Ebatarinjas and Lynches, were the first families to permanently settle in Larrapinta Vallery town camp.

Rubuntja’s fluid depictions of country through defined line work and an abstracted perspective offer an alternate view of the Central Desert landscape. In 'we love the rain you know' Rubuntja gives elegant form to the hills and vegetation surrounding her home, pared back to its most elemental details. These traceries of country are delicately rendered. Rubuntja’s style is in stark contrast to the realism of many Hermannsburg painters and brings an idiosyncratic vision to imaging the landscape of Australia’s interior.

Browse other works by Marlene Rubuntja 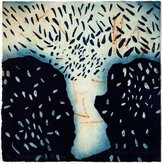 Marlene Rubuntjaraining through the Gap in Alice Springs 2015251.2015