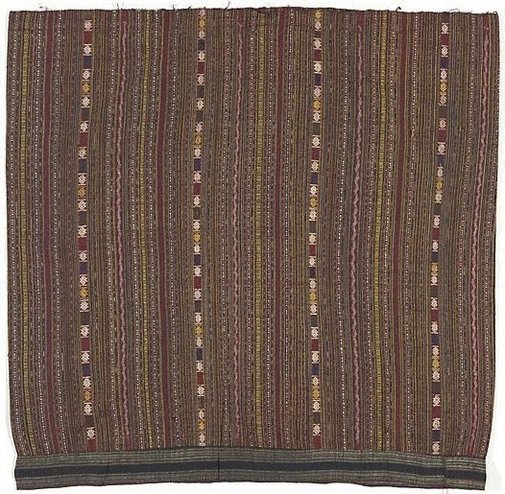 'Sin mii khan' are tube skirts woven with only a little 'ikat' decoration. According to Patricia Cheesman, these skirts became particularly popular during the French colonial period, but are similar stylistically to skirts produced in Muang Phan and Lan Xang (the Laotian kingdom before Thai domination). Such skirts are usually composed of three sections. This one is missing the waist band. The body of the textile has red silk warp and weft threads, and some multi-coloured wefts. The patterns are produced with continuous and discontinuous supplementary weaving, as well as the 'ikat' (tie-dye) technique. The designs include spots, stripes, an abstract 'naga' (mythical serpent), and 'dork saa lii' (corn flowers).