raining through the Gap in Alice Springs 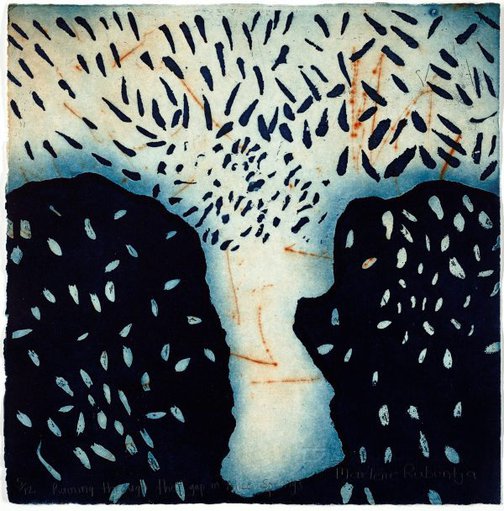 Marlene Rubuntja works through Yarrenyty Arltere Artists, based in Larrapinta Valley town camp in Alice Springs. While offering only rudimentary facilities the artists of this art centre produce prints of the highest quality, in addition to their soft sculptures and animations. Rubuntja works across all of these mediums having been the scriptwriter for the centre’s animations, an experienced maker of soft sculptures and recently producing her first prints - ‘we love rain you know’ and ‘raining through the Gap in Alice Springs’, both 2015.

'raining through the Gap in Alice Springs' 2015 offeres an impressionistic view of country and the atmospherics of rain falling on the desert landscape, Rubuntja's home, which is the inspiration for all of her work.

Rubuntja was born in Mparntwe (Alice Springs), but grew up at Amoonguna comunity to its east. Her father is the famed artist and activist Wenton Rubuntja who led the campaign for the rights of his people to settle in hte town camps of Alice Springs. Indeen Rubuntja's family, along with the Ebatarinjas and Lynches, were the first families to permanently settle in Larrapinta Vallery town camp.

Marlene Rubuntja
raining through the Gap in Alice Springs

Browse other works by Marlene Rubuntja 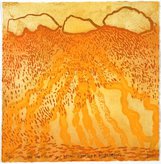