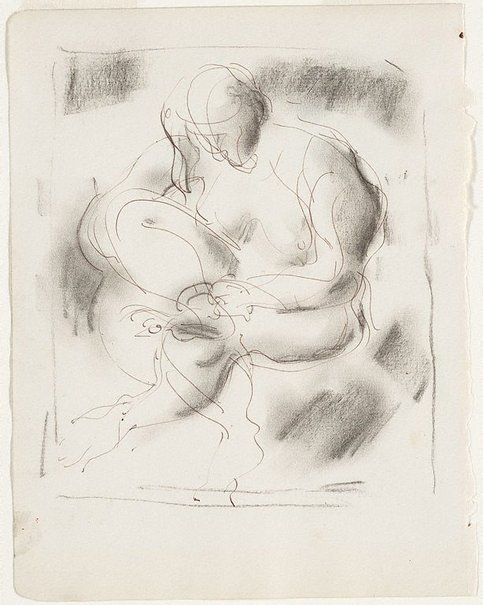 This drawing is a study for a painting, 'Pearl' 1940, in the Gallery's collection. It dates from a significant period in the artist's career when he returned to Sydney in 1938 after nine years in London, during which him he established his reputation as a major Australian painter.

The fluid linearity of the drawing reveals Dobell's facility as a draughtsman, evoking the fleshy thighs, contented self-absorption and disheveled appearance of his subject. Drawn from life as were all Dobell's figure studies of the period, it is a lyrical and expressive precursor to the final work, revealing Dobell’s creative process in the development of paintings.

Browse other works by William Dobell