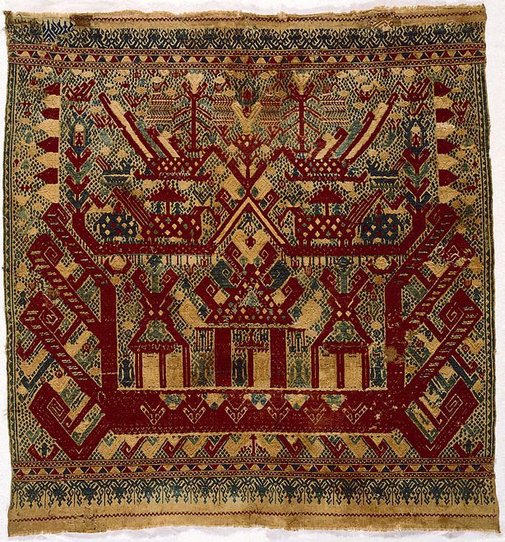 Kalianda is a district in the southernmost tip of Sumatra where the people make tampan in a distinct local style. This is a typical example of a Kalianda tampan, although such pieces are now very rare. The design displays a single stylized ship with hooked oars that dip into the water beneath hull. The high bow and stern curl inward. The ship and the space around it are filled with human figures, sacred buildings that commemorate ancestors, palm trees, and prestige animals, including an elephant-bird with a parasol on its back. The latter motif may come from Indian trade textiles, as Lampung was once an important part of the trade routes between India and China. Pale and dark blue and some dark red dots cover the cream background. The design on these cloths is usually symmetrical.