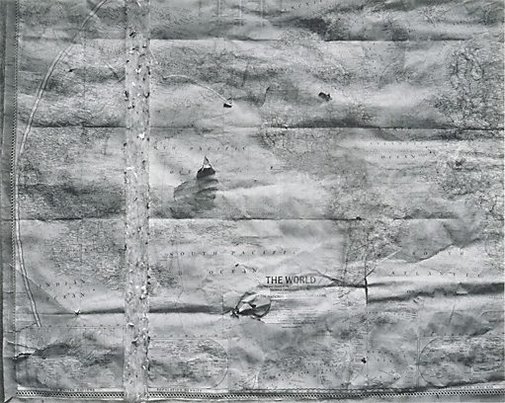 Melbourne based photographer Les Walkling began working with the medium after studying science and philosophy at Monash University in the early 1970s. Though largely self-taught Walkling quickly honed his technical skills, producing prints that are marked by precision and a fastidious attention to detail. In the 1980s Walkling spent time in America studying with photographers Emmet Gowin and Frederick Sommer, both of whom valorised technical refinement. Walkling’s sombre landscape and still life photographs are contemplative yet discrete meditations that resonate with the work of Sommer in particular. While their thematic preoccupations are aligned, with both embedding references to philosophy, science, art and literature in their work, so too is their treatment of space. Flattening the picture plane and avoiding horizon lines, Walkling abandons the strictures of single point perspective and complicates the viewer’s orientation within pictorial field.

Working with a large-format camera Walkling possesses a masterful command of light and an acute appreciation of its emotive register. His still life photographs, typified by ‘Rotting fruit’ and ‘Fly paper’, turn mundane and fragmentary scenes into poetic observations. While Walkling’s work is often littered with allusions to literature it also courts the enigmatic and the elusive. As Walkling himself asserted in 1994, his work explores ‘those poetic moments in our lives; affairs of the heart; affairs of the mind’. Works such as ‘Rotting fruit’ and ‘Fly paper’ betray a fascination with puzzles and riddles. Confounding the viewer with evasive and subtly macabre subject matter, these photographs are resolutions of the unresolvable. The artist’s motivation is essentially personal as he admitted in 1990, saying ‘my work claims no earth-shattering revelations. I simply make art out of personal necessity. We all collect the richness of human significance in the best ways we know how.’

Browse other works by Les Walkling