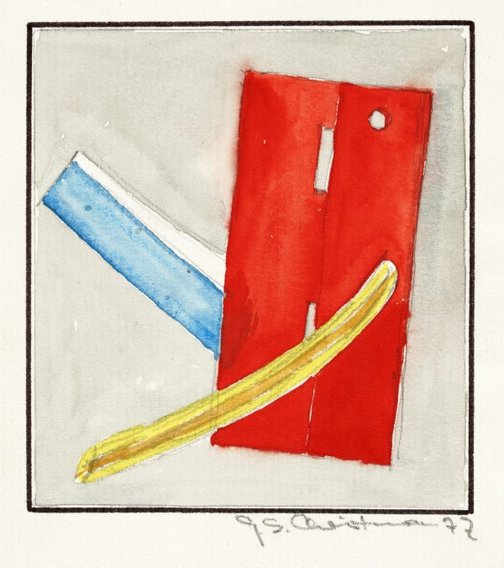 In the early 1970s, Gunter Christmann became interested in the urban environment outside his home and studio in Sydney, and took to observing the ground outside, seeing in the detritus of the city a microcosm of the universe. He began photographing the pavement and gutters in close focus, complete with accumulated garbage and natural litter as they formed themselves on the ground. He then began to collect small pieces of refuse that he found on the streets - organic and manufactured - which he would place in metal trays or small found boxes (“shuffle boxes”), or later with added water (“water tanks”) which changed the behaviour of the objects and gave the contents of the box a unified surface tension. These he would shake, with the objects inside taking whatever form the movement dictated, which he would then translate into small drawings and watercolours, or scale up into larger paintings on canvas. He described this process as akin to observing the cosmos in the studio, albeit on a small scale, “…capturing the character of natural order within measurable confines”.

“I still wanted nature, but nature within a measurable area, my picture plane in fact, and acting totally within those limitations. Any forms inside my four edges (known limits) had to result from the very limits themselves. Which meant: moveable elements. So I made myself boxes and water tanks in the proportions of the painting I intended” (quoted in Lesley Harding 'Gunter Christmann, now and then', Heide Museum of Modern Art, Melbourne, 2014, p.25).

Browse other works by Gunter Christmann 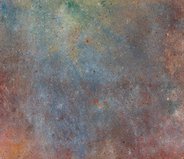 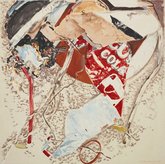